A smarter approach to rotation planning 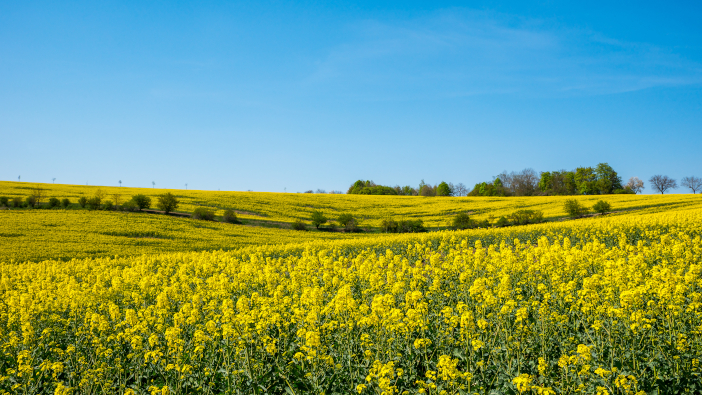 Hutchinsons is encouraging growers to take a smarter approach to crop rotation planning in order to maximise productivity and deliver on the environmental goals of the new policy era.

Head of integrated crop management, David Howard, said that the removal of direct payments threatens to reduce the ability of businesses to tolerate poor seasons and so they should act now to build greater financial and agronomic resilience into farm rotations and help capitalise on future opportunities.

This requires moving away from focussing on crop gross margins towards more emphasis on the net impact of any decision on the wider rotation and cost structure, both fixed and variable.

“Take oilseed rape for example. The higher prices we’ve seen in recent months make the gross margin much more attractive and if crops yield well, no other break crop compares to it. But the risks of growing OSR haven’t gone anywhere,” said Mr Howard.

He added that growers should be realistic about potential losses and consider how risks can be mitigated, which may affect other parts of the rotation. For example, the preceding crop must allow early access to land for drilling into a good, friable surface, any soil issues need to be rectified well before OSR is sown, and the gap between brassicas may need extending to reduce pest and disease risks.

“The aim is to develop a flexible rotation that gives high-value crops the greatest chance of success, capitalises on the best-performing areas, and identifies where higher-risk land may be better put to other uses,” Mr Howard explained.

Winter wheat remains the cornerstone of many arable rotations, offering relatively high value comparatively low risk. However, it is essential to consider where effort should be focussed, especially during the relatively short and sometimes unpredictable autumn establishment window.

As recent seasons have shown, it pays to plan for different scenarios. This may require identifying fields that are best suited to specific crops or drilling dates, and in wet seasons, decisions about which parts of fields to drill first and which to leave.

In some cases, regular catch or cover crops may be needed in the rotation, especially ahead of late autumn drilling or spring-sown crops. Elsewhere, consistently underperforming or difficult areas may be better put to alternative uses.

Such scenario planning will be a key feature of the new rotation management tool within Omnia, due to be unveiled by the end of this year, allowing growers to make predictions about different crops based on accurate yield and financial information.

As well as cropping options, Mr Howard advises growers to consider how stewardship can be better integrated into rotations, and not just on land permanently removed from production. The Countryside Stewardship two-year legume fallow for example, offers a net margin of around £450 per hectare, which is comparable to an eight tonnes per hectare wheat crop, or 2.5 tonnes per hectare of OSR.

“It’s low risk, establishment costs are spread over two years and it delivers benefits to soil nutrition, structure, organic matter and nutrient retention. It looks very good on paper, but as with any rotation decision, it depends what is best for your farm,” he concluded.