Conventional OSR variety pips others to the post after tricky start 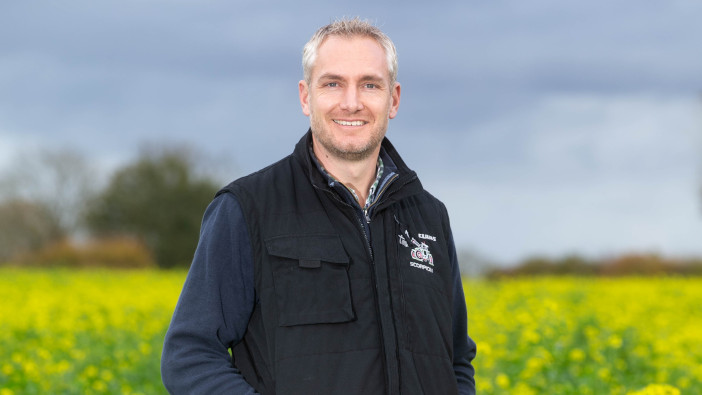 A poor start reportedly hid the true potential of the conventional oilseed rape variety, Aspire, which has come back in time to beat hybrid varieties for yield, reports Tom Jewers, a Suffolk based farmer.

“It yielded half a tonne more than any other variety on the farm and based on this we will be using Aspire to replace our previous mainstays of Cabernet and Campus,” he said.

He added that agronomic strategies can help the crop, alongside disease resistance. In the battle against cabbage stem flea beetle, Mr Jewers has found that plant spacing is key. He aims for 20 plants per square metre, regardless of the variety.

Another important trait that he looked for was resistance against turnip yellows virus.

“A few years ago when Amalie, the first variety with TuYV resistance was introduced, we were interested, but sceptical, because official figures showed it to be behind on yield,” he said.

“However, when we trialled it on the farm, it out-yielded everything else, showing us that it was likely that our yields had been held back by TuYV.”

He has also added companion crops to the rotation, starting on a small scale a few years ago but which has now extended across the whole farm.

“These are typically composed of mixes of berseem clover, buckwheat, and as they are susceptible to frost, they are killed off over the winter having given the oilseed rape a good start,” he explained.

The benefits have been general and sometimes inconsistent, with flea beetle levels reduced in one year, while pigeons were deterred in another. However, he has found that they do not attract any more slugs.

While he would normally establish oilseed rape with a direct drill, this year Mr Jewers had to undertake some remedial work from wheelings in the previous barley crop.

“If you have an issue with your soil you have to go in to repair it. This means that some of the crop went into a loosened seedbed on July 27, although we were concerned that it may be more vulnerable to CSFB,” he said.

“At the moment it is markedly forward from mineralising the nitrogen (N) from the cultivated soils.

“Oilseed rape crops are a big risk, but the rewards can be equally as great, and there are no other break crops that we can grow on the farm that offer the same margins.

“Ultimately it is a case of trialling things to find out what works for you on your farm.”