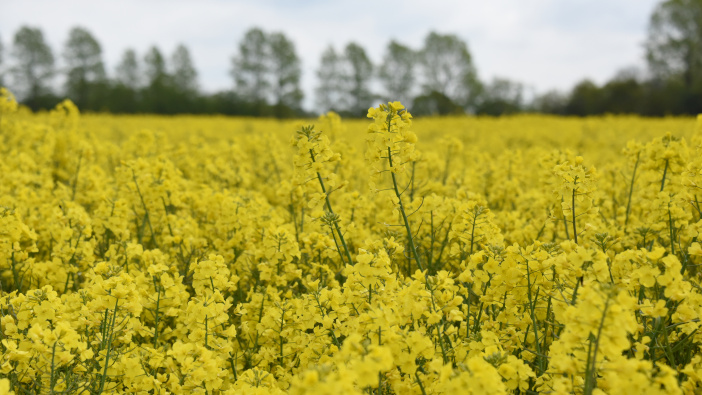 The latest yield data from the AHDB’s Recommended List trials has revealed that PT303 Protector Sclerotinia from Pioneer, the seed brand of Corteva Agriscience, is a top performer when it comes to yield.

It returned a four-year gross output yield of 107%, the joint highest alongside one other variety. Alongside a market-leading yield, it also delivers a genetic tolerance to sclerotinia (up to 75% where there is a 25% infection rate) which can decimate crops in wet, humid conditions.

Seeds and inoculants manager, Andy Stainthorpe, said: “I am delighted to see that PT303 has given such a high gross output yield in AHDB Recommended List trials. These results show that, in a full flowering fungicide treated programme, PT303 has given yields higher than almost all the other varieties tested. In a commercial situation, where an application of flowering fungicides can often be delayed or missed, the sclerotinia tolerance of PT303 would be an additional benefit to this yield.

“When growing PT303, growers can have confidence that its top yield potential will not be lost to the late occurrence of sclerotinia just before harvest. In Candidate List trials PT303 has already scored 7 for phoma and 6 for light-leaf spot, and it has resistance to TuYV.”

The early vigour afforded by hybrid varieties is predicted to be sought after this year as growers experience a stop-start harvest and look to seeds suitable for later drilling. By the 12th of August, only an estimated 2.5% of UK winter wheat had been harvested, said to be the slowest start since 2017.

Mr Stainthorpe concluded: “The late wheat harvest will put many growers under pressure to offset the late start and establish OSR crops quickly. This new yield data, combined with the known excellent early vigour of PT303, will be welcome to growers looking for a fast-establishing variety that can produce the highest possible yields.”

For more information go to www.corteva.co.uk