Love Lamb Week to showcase the best of British 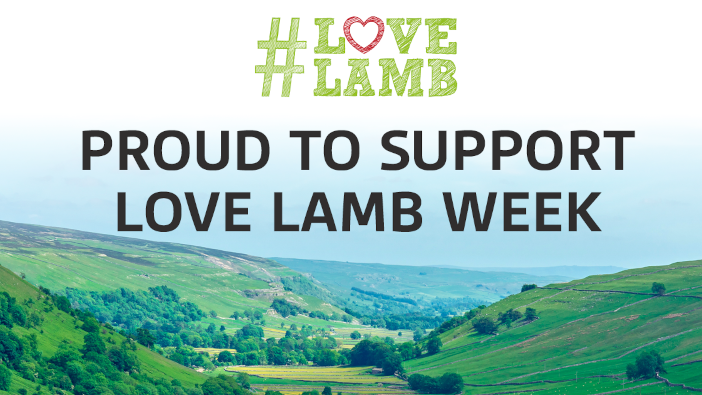 This year’s Love Lamb Week (LLW) will run from the 1st to the 7th of September. The initiative has been running since 2015 and celebrates delicious, nutritious and climate-friendly British Lamb.

British farmers produce 280,000 tonnes of lamb each year, with almost 70% of UK sheep living and grazing on land that is unsuitable for food crops, such as mountains or hills.

Voicing his support for LLW, NFU livestock board chairman Richard Findlay, who also rears his own flock in Westerdale, North Yorkshire, said: “British sheep farmers produce some of the finest quality lamb in the world. What’s more, we are proud to say that we have some of the most sustainable systems, using our natural resources and landscapes – landscapes which are often unsuitable for other types of food production – to turn inedible grass into a tasty, nutritious protein.

“There is real pride in sheep farming in this country – a pride which stems from the sector’s prominence in British history and culture, from how it has helped shape our iconic countryside through the ages to its incredibly high standards of animal health and welfare.

“We are at a crucial time for British farming, as the government seeks to do free trade deals with countries around the world. Sheep farming in particular faces challenges from recent and impending deals with Australia and New Zealand which could see sizeable increases in lamb imports coming into the UK tariff-free. This would undercut many sheep farmers who are working with ever-increasing costs of production and changes to government support schemes.

“As we join Love Lamb Week, it is a good time to remind the government that we can all benefit from a trade policy that recognises the value of British lamb, worth around £2.5 billion to the national economy, and its potential both at home and abroad.”