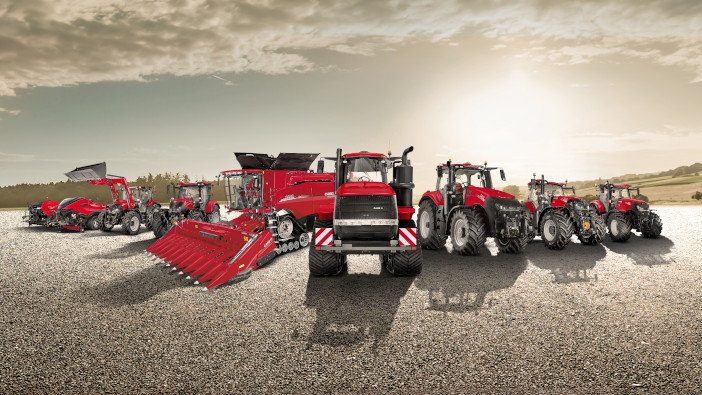 “Scott Harris’ strong leadership in North America has made a significant impact on the Case IH brand,” said Derek Neilson, CNH Industrial president of agriculture. “As we look to the future, at both Case IH and the agriculture industry as a whole, we are excited for him to make his mark across the globe.”

As global president, Mr Harris will lead the overall strategy for the brand with a strict focus on customer-centric brand building, brand marketing and communications, overall digital customer experience and the Case IH solutions portfolio. He will coordinate these activities with Case IH and CNH Industrial leadership across the globe.

Mr Romagnoli brings more than 32 years of agricultural experience to his new role, having previously held various leadership roles across CNH Industrial in different regions of the world. He started in 1989, managing part sales for Scandinavian countries, European importers, the Far East and the Middle East. He then served as parts sales manager and after-sales director for Latin America before transitioning to senior marketing director for CNH Industrial brands in Latin America and then senior marketing director for CNH Industrial brands in Europe, Asia and Africa.

In 2005, he led global marketing for New Holland and a year later became business director of the brand for Iberia. In 2011, he returned to Brazil and served as vice president of Case IH for the Latin American region for eight years, delivering impressive business growth. Since 2019, he has held the role of vice president, head of global aftermarket solutions, agriculture, for CNH Industrial.

“The vast experiences and years in the industry Mirco Romagnoli brings to this new role — including his strong commercial focus with deep knowledge and understanding of the Case IH business as well as a customer-oriented mindset — will immediately work to serve the Case IH global producer,” Mr Neilson said.

In the new role, Mr Romagnoli will lead a customer-centric go-to-market approach across the whole goods, parts, service and finance sectors. He will be responsible for the strategy and execution of all commercial functions, including but not limited to, commercial operations, product marketing, sales and marketing communications.

New appointment at Olmix to focus on farm sustainability