Earlier this month, Farm Contractor’s machinery editor Matt Tilt spoke to Navtech Radar product manager Sam Wood, who was keen to highlight the benefits that radar technology could bring to the agricultural sector.

Radar – originally an acronym for radio detection and ranging – is a system that uses radio waves to determine the positioning (distance and angle) of objects relative to a specific site. Traditionally the system has been used to detect aircraft and ships, but is increasingly being used in various different sectors now.

In the case of the UK-based Navtech Radar, its radar systems are commonly used in the mining sector. However, it is quickly expanding into the robotics, autonomous vehicle, and agricultural industries too, with its three types of radar systems: AdvanceGuard, ClearWay, and OEMSensors.

“Most of the work we have been doing for the past 20 years has been in the mining sector,” explained Mr Wood. This is because radar does not have the same limitations as GPS or camera-based detection systems, which cannot penetrate ground or require consistent cleaning. “Navtech’s radar sensors have been designed to work for the long-term autonomy that the world is moving towards.”

“Radar is an all-weather sensor,” he continued, which makes them ideal for use in agricultural settings. “Static radars could be put up around farms to track objects moving about yards and fields. Or, to fulfil autonomous roles, a radar could be placed on a tractor to monitor where a tractor is in the field, or objects that could interfere with autonomous tractors while they are moving – such as hay bales or other debris.”

“We have also spoken to ag industry members about the security factor of radar – they could be used to track people entering farms, that should not be there.”

Mr Wood also clarified that, as automation becomes more common and cheaper, the algorithms required to run radar systems are becoming more accessible to smaller enterprises. “With that, Navtech is looking towards agriculture as a market. We are looking at how we can take the systems we traditionally use in ports and miniaturise it for the smaller platforms found in the ag sector.”

With all the benefits that radar could bring to agriculture, Mr Wood was asked whether radar would make GPS systems a redundant inclusion on farms.

“We are not looking to replace GPS – GPS is a fantastic technology,” he affirmed. “It is more that we are trying to augment GPS when it is struggling, such as in vineyards or around tree-covered field edges.”

He also added that, as wind turbines become more commonplace within Europe as a green energy producer, they are known to interfere with GPS, and affect a GPS system’s ability to provide accurate position data. In this situation, a radar system could be the solution.

“Plus, a lot of the people we are working with already have GPS as part of their workflow, they understand it and they understand the limitations. What we are suggesting is that people augment the GPS with radar, for a total solution.”

To hear everything Mr Wood had to say regarding Navtech’s radar technology, listen to Farm Contractor’s Machinery Matters podcast, below. During the podcast, you can also hear Matt Tilt talk to Linesearch Before You Dig’s managing director Richard Broome. 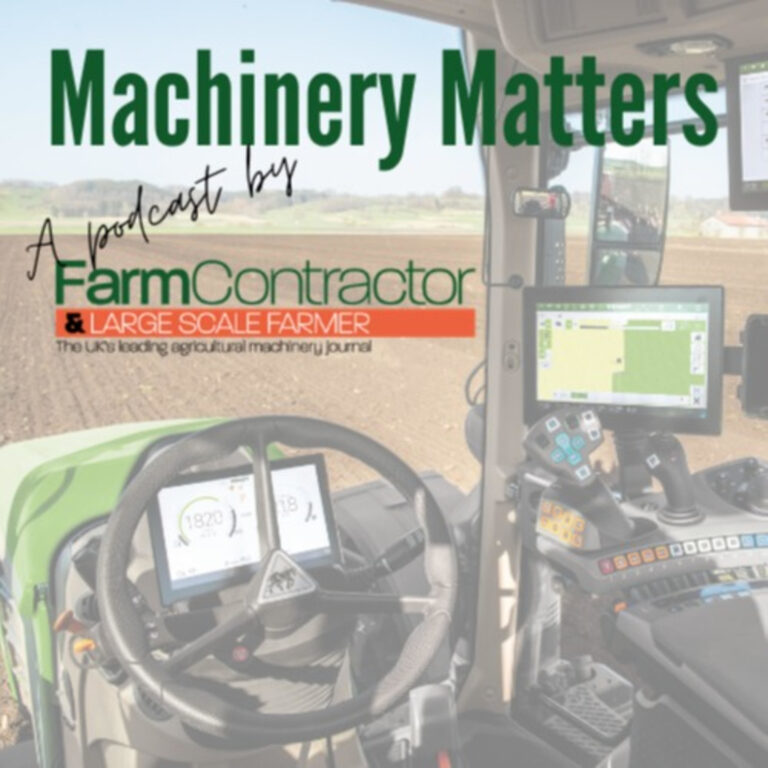 The latest agricultural machinery news and industry updates brought to you by Farm Contractor and Large Scale Farmer.

Get to grips with the latest location technology in agriculture including the benefits of searching for utility networks before undertaking any ground work as well as the latest in radar technology for locating autonomous vehicles in this episode of Machinery Matters.

With guests, Richard Broom from Line Search Before U Dig and Sam Wood of Nav Tech joining host Matt Tilt.

Journalist. Graduated from the University of Sussex with a degree in English and Art History. When not working I can be found riding my horses on the Ashdown Forest, reading, shopping, or cooking!

December 5, 2022
We use cookies on our website to give you the most relevant experience by remembering your preferences and repeat visits. By clicking “ACCEPT ALL”, you consent to the use of ALL the cookies. However, you may visit "Cookie Settings" to provide a controlled consent.
Cookie SettingsREJECT ALLAccept All
Manage consent