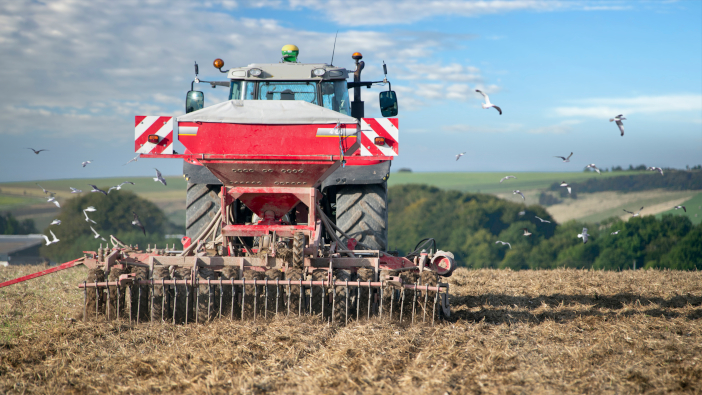 Finding the balance between market suitability and business risk may have cereal growers scratching their heads when it comes to choosing the correct seed variety this autumn. Jock Wilmott, an agronomist at Ceres Rural, notes that feedback from the 2021 harvest suggests that consistent performance has been scarce, with some variety results being hard to explain.

As such, picking the right variety for the coming season is not an easy task. This harvest has exposed the vulnerability to diseases, even in varieties said to have a high resistance rating.

“It’s a very fluid situation,” said Mr Wilmott. “The logistics of getting seed onto the farm after a delayed harvest have to be weighed up against protecting the farm business from unnecessary risk by growing susceptible or inconsistent varieties.”

As for those intending to home save more seed this year, he added that quality is slightly down, with high levels of seed-bourne diseases. “You may need to dress it hard, so start with a big pile. A good fusarium active seed dressing is likely to be required.”

He said that this year has seen disappointing results in certain varieties, either through susceptibility to disease or stress-related issues brought on by extreme weather patterns.

“After a very cold and dry April, the situation changed very rapidly from being comfortable going into harvest around May time to seeing a septoria explosion from mid-June,” he said.

“We are still to fully understand the repercussions of that, but growers will be hoping they don’t see the same issues again. With potentially fewer high resistance varieties to choose from, we have to assume that septoria pressure will be at least moderate next year.”

“It’s a shame that some of the newer material is not performing as expected. These varieties were marketed as able to take some of the pressure off and reduce risk,” Mr Wilmott said.

He advised that farmers opt for varieties that they feel comfortable with and will provide consistent results, even if it means a slight yield penalty or reduced disease resistance. “With rust, it’s true that we have the chemistry to deal with it. But if we can’t spray it on time, it becomes a much bigger problem.”

Of the Group 1 varieties, Mr Wilmott highlighted Crusoe, providing it is grown as first wheat and that close attention is paid to the brown rust risk. From Group 2, Extase has reportedly shown some yield variability in 2021 and he recommended only growing this as first wheat with an October drilling date until more details are available.

Group 3 is tricky because all the varieties have some negatives, he warned. “This group has been badly affected by susceptibility to septoria, due to the predominance of Cougar parentage.

“If you’re growing one of these varieties, then all of the other factors have to be in line. Remember that a thick crop drilled early is likely to come under a great deal of septoria pressure next spring.”

This advice also applies to the soft Group 4 varieties Skyscraper, Spotlight and possibly Saki for the same reasons, while Mr Wilmott added that he prefers some of the established hard Group 4s compared to the newer counterparts.

“Varieties such as Graham and Gleam have been more reliable and consistent than recent introductions, even if they have lost the edge on disease resistance.”

At the end of the day, he accepts that availability will dictate much of what is grown in the 2021/22 season but he added that previous experience of growing a variety can be invaluable. “If you’ve grown something that’s fared particularly badly this year, there’s still time to change your line-up for next year.”