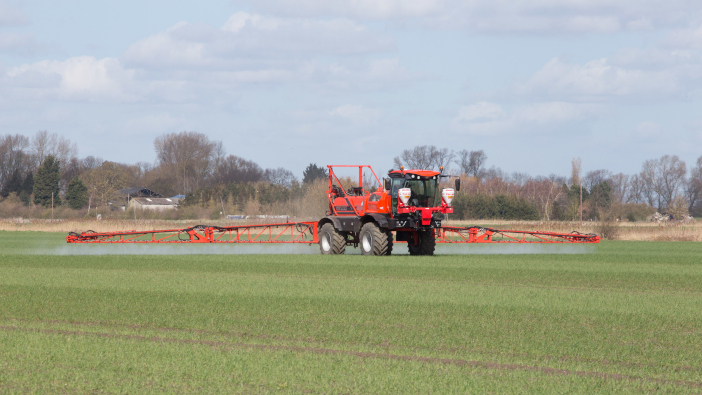 Corteva Agriscience is urging cereal growers to consider the benefits of controlling broadleaf weeds in the autumn, rather than waiting until the spring.

Many growers favour leaving the bulk of weed control until temperatures rise and days become longer but if conditions allow, Corteva is saying there are good reasons to get ahead.

With winter wheat drilling underway, early-emerging crops may face competition from key problem weeds such as cleavers, chickweed and fumitory.

“Tackling weeds when they’re small – be that in the autumn or the spring – will always be the preferred tactic,” said Alister McRobbie, category manager for cereal herbicides at Corteva Agriscience.

“Applying herbicides early means the chemistry will be more effective and the weeds won’t be given the chance to grow, making them more difficult to control come spring. It is also part of a pragmatic anti-resistance strategy.

“Although temperatures will begin to drop, they will be fluctuating between daytime and night time, so we advise the use of herbicides which are reliable for controlling weeds while coping with variable temperatures.”

According to the company, Zypar, which contains Arylex active chemistry, has proven to act on broadleaf weeds in cold and variable conditions.

“Unlike some of the older herbicide chemistry, the activity of the Arylex active on target weeds is not significantly influenced by temperature, so control can be achieved under cold (inactive periods of weed growth) and under warm conditions (with active growth),” said Mr McRobbie.

Arylex can also offer increased efficacy at low dose rates, which reportedly sets it apart from other synthetic auxin herbicides.

As little as five to ten grams of active ingredient per hectare after emergence can effectively control most common broadleaf weeds,” he added.

If ALS resistance is suspected in poppies, growers should consider an application of pendimethalin in the autumn, to ensure effective control.

Zypar is a premix of Arylex and florasulam and can be applied at up to 1L/ha. It can be applied to all cereals, apart from oats, in autumn and spring. Spring application is allowed from BBCH 13 to BBCH 45, however, the best performance is reached up to BBCH 32.

For more information go to www.corteva.co.uk