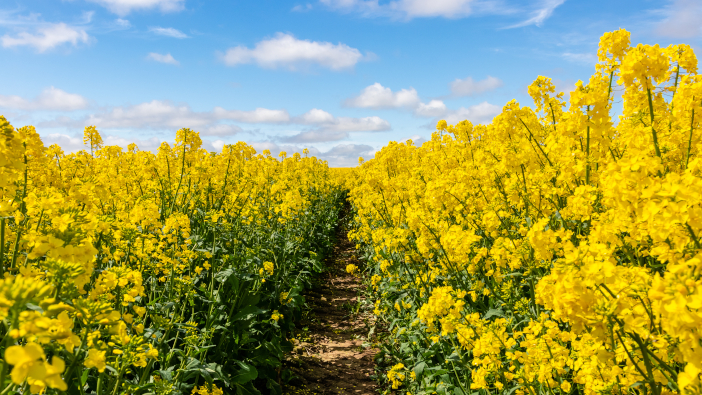 The ban on neonicotinoids and issues arising from cabbage stem flea beetle attacks has meant that oilseed rape has lost its appeal for many farmers. However, with prices on the rise, many are considering whether the crop is a worthwhile readdition to the rotation.

Natalie Wood, country arable agronomist at Yara, recently spoke on the company’s Grow the Future podcast about how those planning for a 2022 crop can get the best start over the next couple of months.

“With oilseed rape, it really depends on autumn sowing conditions,” Ms Wood said. “Last year, we saw an increase as the weather was almost ideal for establishment. Moisture is key for establishing oilseed and if we have enough in that August to mid-September drilling window, we’ll see good establishment conditions again.”

Nutrition is a large factor in the successful establishment and Ms Wood recommends the use of seed treatments, where possible, to increase the speed of emergence.

“Coating the seed ensures that the nutrients in the treatment are concentrated at the source,” she said. “This means as soon as the seed germinates and roots start to develop, nutrients are being taken up.”

Ms Wood suggests a product containing equal amounts of phosphorous and manganese, which are both crucial in the early growth stages. Phosphorous assists energy transfer and shoot development, while manganese plays a role in chlorophyll production, enzyme activation, and carbohydrate metabolism.

“A trial in 2020 showed weight increases of roots and shoots by about 20%,” she said. “That can make a difference between a vulnerable growth stage to one more able to cope if flea beetle migration has occurred, for example.”

As the objective is to improve establishment and get the crop away quickly, Ms Wood said that fertiliser should be applied as soon as possible after drilling.

“It can be tempting to wait until the crop is up and established before applying,” she said. “But that can lead to a self-fulfilling prophecy. If you haven’t set the crop up with its best chance, you can’t expect it to establish very well.”

In terms of product, NPK remains an ideal starter fertiliser, with potassium helping root growth and water regulation, which is beneficial in the case of a dry spell. Yara trials have also shown positive associations between NPKS addition and winter survival: a 38% survival rate for NS grades is far below the 90-100% when applying an NPKS, in part due to potassium acting as an antifreeze to prevent frost damage.

“Looking at trial data, we also saw an increase of 0.21 tonnes per hectare when placing fertiliser compared to broadcasting,” Ms Wood explained. “At current prices, that’s roughly £90 per hectare. Having both P and K in your fertiliser will also increase nitrogen use efficiency (NUE). Over nine different sites, trials reported an average 20% increase in N uptake due to P and K – one site even reached 40%, showing just how important P and K are for increasing nitrogen uptake.”

“We need to try and make sure there are no limiting factors as the crop moves through its growth stages pre-winter,” she said. “If conditions are right, OSR can put on a lot of biomass in the autumn, which risks deficiencies. Taking care of micronutrients will ensure there are fewer limiting factors and trials show an increase of about 0.31 tons per hectares from an application in the autumn and the spring – so micronutrient applications are definitely a good return on investment.”

For those still looking to invest in oilseed rape for 2022, Ms Wood said that it is possible to give the crop the best possible start and take advantage of higher prices.

“If it’s possible and you still have the capacity, give your seed the best possible start with a nutritional seed treatment”, she concluded. “In addition, at drilling – or as soon as possible afterwards – apply an NPKS fertiliser to ensure key nutrients are not limited.”

Hear the full podcast and find further advice at www.yara.co.uk