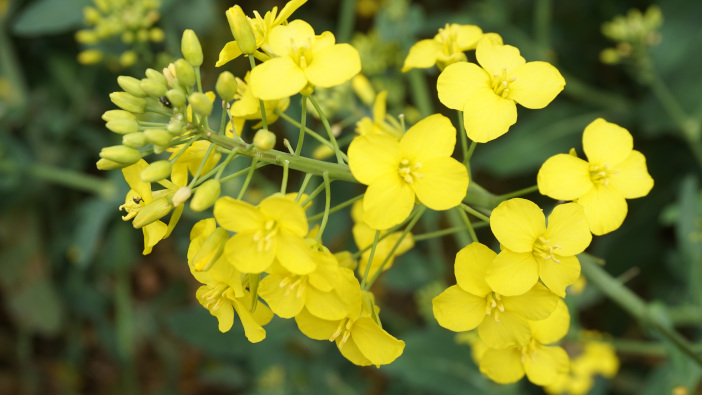 The conventional and hybrid oilseed rape varieties grown by H.H. Craske and Son are resulting in very pleasing yield results, according to farmer Michael Craske.

This year’s crop included the conventional Acacia and Aardvark varieties, as well as the hybrid Aurelia. Mr Craske noted that he was originally sceptical about growing hybrids, but found that Aurelia was vigorous and performed well in difficult conditions.

“After drilling, it stood in water, then in the spring, we had lots of frosts, which may have affected the biomass. However, the crop was saved by the damp weather in May and June,” he said.

Mr Craske added that he is careful about his choice of variety, assessing the different traits and resistances, and felt that Aurelia had a good resistance package that includes turnip yellows virus, light leaf spot, pod shatter and Phoma stem canker. It also has a rating of 7 for stem stiffness and lodging resistance.

Similarly, the conventional variety Aardvark has good resistance against light leaf spot and phoma stem canker. Mr Craske added that ground conditions were key to the crop getting away but that rotation and nutrition also play a key role.

Oilseed rape is often planted behind spring barely or second wheat, which is prioritised for early harvest, and this year it will be established behind both winter and spring barley. After wheat, oilseed rape is drilling into chopped straw but Mr Craske recommended applying slug pellets ahead of drilling and double rolling to ensure good soil to seed contact.

“We have found that, unlike wheat, spring barley does not leave any residual nitrogen (N) in the soil to get rape off to a good start, so we have learned to apply some nutrition in these situations,” he said.

40kg of nitrogen per hectare is applied as soon as possible in January to help the crop get away, with a total of 200kg of nitrogen applied up until the middle of March. He also uses SOYL scans for variable rate potash and phosphate, and also applies Polysulphate.

The cultivation regime includes a HE-VA nine-leg subsoiler, pulled by a crawler, and an Accura disc seeding mechanism. The coulters are spaced to follow the leg of the subsoiler, meaning that the rest of the ground is not touched. Mr Craske added that he gets the best results with wide, 50cm rows and a seed rate of between 2.5kg and 3.3kg per hectare.

“Despite having grown oilseed rape on the farm since 1974, there is always something new to learn; but there’s no way of getting away from the fact that the crop remains something of a lottery,” he concluded.