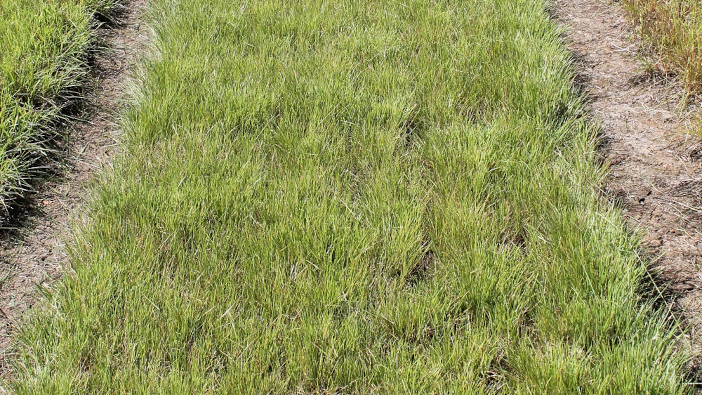 Cutting grass crops at 9cm, instead of 6cm or 3cm, could give the highest quality silage and allow quicker regrowth according to trials carried out at the DLF Seeds demonstration site in Didbrook, Gloucestershire.

Trials of six perennial ryegrass varieties are now entering the second year, with yield, forage quality and persistence all under investigation.

Visual assessments two weeks after cutting (in the late diplod variety Bowie) show that plots mown at 3cm are still looking yellow and brown, while 6cm plots are just coming back to green. The 9cm plots are fully green and showing good levels of regrowth.

“Cutting low will undoubtedly produce more silage in the clamp but the feed quality will be compromised. This is because there will be a lot of stem as well as leaf included,” said David Rhodes technical manager for DLF Seeds.

“Scalping grass plants will also mean they will struggle to photosynthesise because there are no green areas left to capture sunlight, so they will eventually die. Even cutting at 6cm will mean it takes longer for the crop to regrow for the next cut.

“For farmers using a contractor, it is really important to talk about cutting height before they arrive, as they might prefer to cut low to increase the tonnages they cut.”

A second trial at the site is comparing the performance of festuloliums – crosses which combine the beneficial attributes of ryegrasses and fescues, affording deeper rooting and greater resilience.

“We have sown all of our festulolium types including Lofa, Perseus and Fojtan and compared them with the control perennial ryegrasses sown in the National List trials,” Mr Rhodes explained.

“We are collecting yield and feed quality data from plots that are cut to represent frequent grazing and silage cuts.

“So far, across all plots the festuloliums have performed the best in this spring’s topsy turvey weather – with its dry April, unusually wet May and dry June. Deeper roots mean the festuloliums are recovering much quicker.

“This suggests that farmers should consider including more festuloliums into their mixtures for added resilience in the face of unpredictable weather in the future.”