Spreader calibration is more important than ever 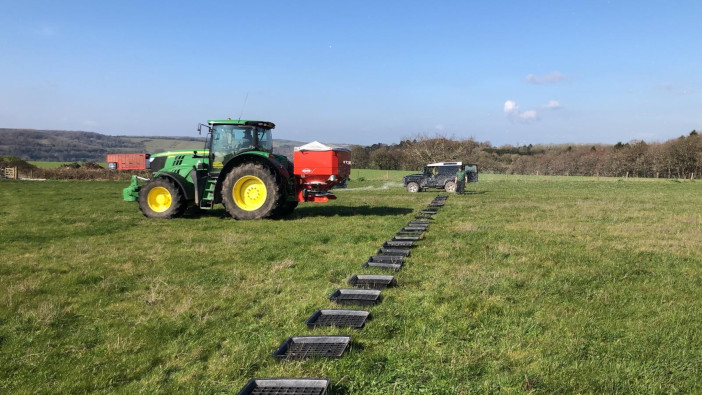 Record gas prices have led to UK and European nitrogen producers reducing or turning off production facilities. This, coupled with strong global demand, means that imports to British farmers are likely to come from a wider range of manufacturers than normal and potentially be more variable in size and spreading characteristics.

Each year, British farmers use around four million tonnes with 25% manufactured domestically, 60% imported from Europe and around 15% imported from the rest of the world. Even if growers reduce their nitrogen application in line with RB209’s economic optimum, more imported product is likely to be needed.

“Normally, Origin purchases nitrogen from suppliers where we have existing long-term partnerships and supply our customers with tried and tested products,” explained Michael Pater, Origin Fertilisers’ managing director. “However, with many curtailing production and strong demand from their home and emerging fertiliser markets, we have had to secure supplies from further afield to ensure a continued supply of nitrates for our customers.”

Importing from a wider array of companies may lead to increased variability in granule colour, size, density and crush strength and farmers are being advised to check and calibrate their spreaders for delivery, especially if these deliveries span several weeks.

“With the high value of fertiliser this year, and potentially more variable in size and characteristics than previous years, setting the spreader correctly will give farmers the best return on an expensive investment.”

SCS is part of the National Fertiliser Spreader Testing Scheme and offers a range of services to help farmers set their spreaders correctly, including a member of the team visiting the farm to help growers test their machines.

The company offers four parts to every spreader test: