More than 18 months after being selected as finalists for the 2020 NMR RABDF Gold Cup, six top UK dairy farmers will find out who has been awarded the industry’s most prestigious award. The Gold Cup will be presented at Dairy-Tech 2022, Stoneleigh Park, Warwickshire, on Wednesday April 7 on the NMR stand at 4pm. 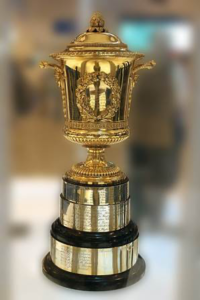 As well as the Gold Cup, four other awards will be made to qualifying herds at Dairy-Tech. These are:

Herds qualifying for the Gold Cup and related awards must have more than 100 animals with qualifying lactations in the milking herd; an average somatic cell count of 200,000 cells/ml or less, or 250,000 cells/ml for organic herds; and a minimum £PLI value specific to the breed, or minimum £SCI or £ACI value.

Precision feeding will be key to dairy margins this winter

November 24, 2022
We use cookies on our website to give you the most relevant experience by remembering your preferences and repeat visits. By clicking “ACCEPT ALL”, you consent to the use of ALL the cookies. However, you may visit "Cookie Settings" to provide a controlled consent.
Cookie SettingsREJECT ALLAccept All
Manage consent