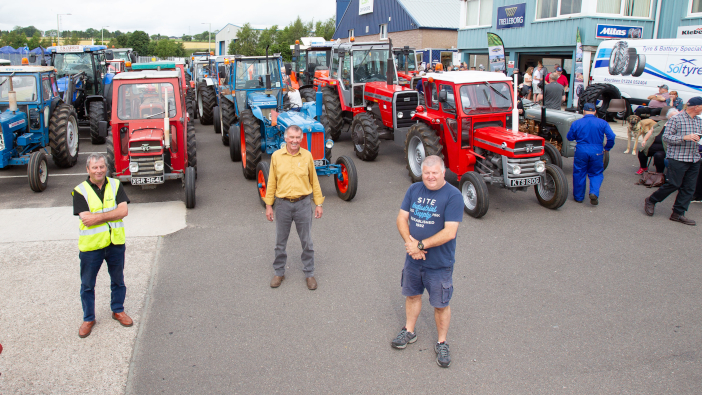 Organised by the Mearns Vintage Vehicle Club, more than 80 vintage tractors took to the road this past Sunday to raise money for charity.

Travelling from Laurencekirk to Brechin, with plenty of interest from the general public, the tractor run has raised more than £2,000, which will be split between the Aberdeen Royal Infirmary Cancer Ward and the Friends of ANCHOR unit at the same hospital, the central hub of cancer and haematology care for north-east Scotland.

Mike Robertson, of Mearns Vintage Vehicle Club, said: “It was a great day and even more popular than we expected on every level.

“We had 86 vintage tractors which was our largest number to date and we had a great reception from people on the journey and at Soltyre, who made us feel very welcome.

“Having the support of Goodyear Farm Tires certainly added to the appeal of the event and we are very grateful for their backing as they are so heavily associated with vintage tractors.

“The icing on the cake was raising over £2,000 for cancer charities. Everyone either knows someone who has been affected by cancer or has been directly affected themselves so it’s fantastic to be able to play a small part in supporting these fantastic charities.”