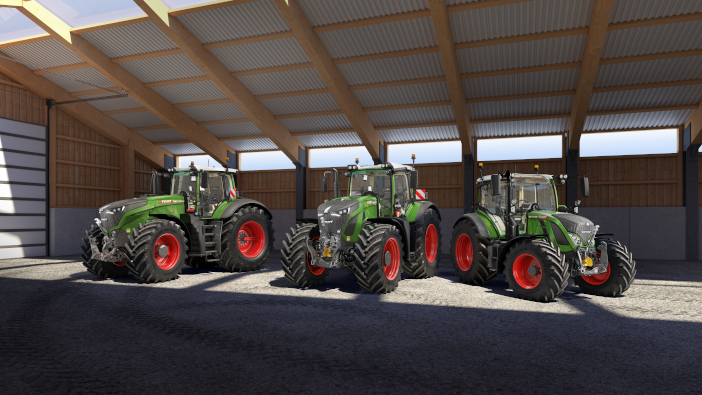 Previously available on 200, 300 and 700 series Vario tractors, Fendt has extended its FendtONE operating concept to feature on the latest generation of 500, 900 and 1000 series machines. Alongside the integration of this technology, each range has also undergone a series of updates.

FendtONE is designed to allow farmers to manage their machine and agronomic data, with a simple, intuitive platform that shares a similar look and feel to the in-cab terminal. Task data can be sent back and forth, field boundaries and waylines can be saved and, in the cab, FendtONE provides access to various Smart Farming features including lane guidance, subsection processing and optimisation.

Given the increased focus on traceability, FendtONE also provides job reports using the Fendt Task Doc system. It collects onboard agronomic data during the application of mineral or organic fertilisers, including actual application rates, and provides a job report upon completion.

In the cab, drivers can personalise the display over various panes on the 12-inch terminal on the armrest, alongside the optional 12-inch display fitted into the roof. This allows them to keep an eye on relevant functions at the same time. Fendt’s own Variable Rate Control system can also be integrated for more efficient use of seeds, fertilisers and pesticides.

When using complex combinations, FendtONE enables the control of both tractor and ISOBUS functions using the multifunction joystick, alongside the new 3L joystick, onto which operators can assign up to 27 ISOBUS functions over three levels. This also means that there is no need for an external joystick as long as the machine supports the AUX-N standard.

A host of technologies

Power+ and Profi+ specification machines include the basic lane guidance package as standard, with the option to integrate more functions including Contour Assistant, Teach In (TI) Auto and (from November) TI Headland. TI Headland includes TI Auto and TI Turn Assistant and is an advanced headland management tool, triggering a sequence of functions automatically as soon as the tractor cross the headland line. The Turn Assistant then turns the tractor and implement automatically, according to pre-calculated turning processes.

The full TI package will be available from November and operators with the FendtONE workstation who have already ordered TI Auto will be able to upgrade to TI Headland free of charge in 2022.

On all Profi+ machines from the 500 series up to the 1000 series, Fendt Connect is included as standard. The company’s telemetry system allows owners to manage their fleet using a PC or smart device, recording its position as well as CANbus data.

The high horsepower 900 and 1000 series machines can now be specified with a self-cleaning air filter, specifically designed for regions prone to dust formation. The filter system combines continuous dust extraction with active filter cleaning in a 30-second cleaning cycle.

The filter is blown out on the move to avoid associated downtime and during the cleaning cycle, the filter is blow out twice, each with a 10-second pre-run and post-run. The filter has its own 12-bar compressed air tank and airflow is controlled by a solenoid or pulse valve. Just before blowing out, the speed of the fan is raised and continues running like that for a short while afterwards, improving the results. The driver is notified about the cleaning process via a pop-up window on the terminal, so they can choose to activate it manually or fully automatically. The filter is reported to have a service life of about two years.

The 1000 series will also be available with a 60-inch row crop tyre in some regions. Working with Trelleborg, Fendt has developed a tyre with a diameter of 2.35m, which can be combined on delivery as twin tyres with the VarioGrip integrated tyre pressure regulation system.

Finally, developments have been made to the cab on both the 900 and 1000 series, with laminated safety glass fitted as standard as well as a windscreen heating system. The lamination is said to insulate from noise to make the cab a calmer place. The glass used is also chip-proof, although single glazed windows will still be available as an option.

Alongside the introduction of FendtONE, the 500 series also benefits from the 3L joystick which can be used to operate a front loader, together with a third valve to control three functions at once. The 3L joystick also features a shuttle for the transmission, allowing operators to change direction quickly during loading tasks. In addition to this, the 500 series also comes with a front-mounted ISOBUS socket.

The 500 series is offered with the Fendt Cargo or the Fendt CargoProfi front loaders, the latter of which features the Cargo Lock coupling system and parallel guide with Z-kinematics.

For more information go to www.fendt.co.uk