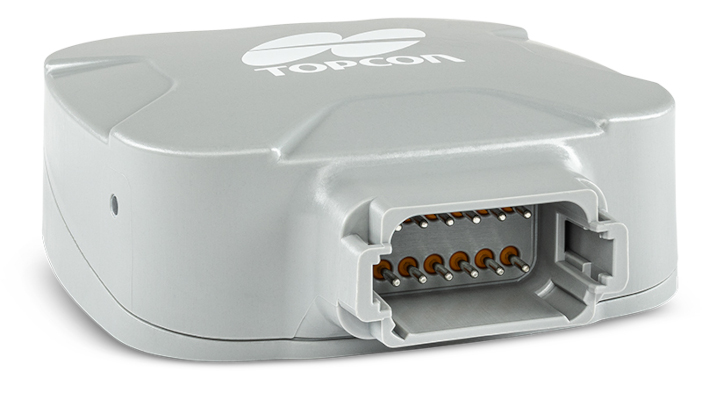 The new AGM-1 receiver from Topcon

The new AGS-2 receiver allows up to four satellite constellations to be tracked simultaneously, reportedly allowing for more stable GPS positioning and delivering excellent steering performance from the built-in steer controller. The AGS-2 can track GPS, GLONASS, GALILEO and BEIDOU satellites for more accurate positioning no matter where the user is located.

The manual guidance receiver, AGM-1, replaces the SGR-1 and has been designed to be more durable and allow features such as Topcon TruPass, which delivers more accurate and stable pass-to-pass positioning in dynamic applications.

Both receivers are smaller than the previous generation, making them less noticeable and less susceptible to accidental damage.

The company has also introduced new systems including NavBridge, which allows GPS signals to be approximated when coverage is interrupted by tree cover, and SkyBridge, a new signal briding service that ensures machines using the AGS-2 using RTK can continue to operate if the signal is momentarily interrupted.

“The new Topnet Live suite of signal correction services allows users to benefit from an RTK guidance signal without the need to connect to a fixed base station,” Mr Reed said. “This system enables growers to operate across a wider area without having to constantly change from one base station to the next, and without having to worry about signal losses.”

Topnet Live is a subscription service with four levels of accuracy:

For more information go to www.lh-agro.co.uk