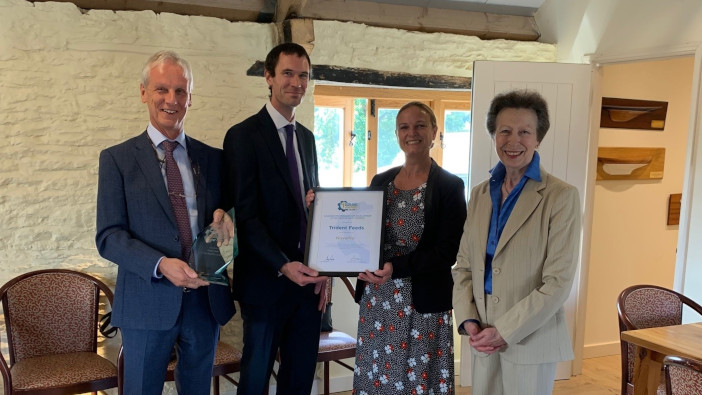 As the UN climate summit highlights the role of the global agricultural industry in helping to mitigate climate change, a UK produced alternative protein source is providing sustainability benefits to the dairy ration, as well as driving performance and improving margins.

It comes as consumer research is revealing concerning misconceptions about the impact of British farming on climate change. Helping to reduce the carbon footprint of the dairy ration and ultimately the footprint of a litre of milk is a clear way to demonstrate a positive message to consumers, at a time when there is growing pressure from processors and retailers to reduce or remove soya from rations.

NovaPro from Trident Feeds is a British-owned solution to reduce soya in dairy rations. It is a high energy rumen-protected protein made from UK rapeseed. It is said to not only be cost-effective but to also improve intake and milk yield. Sourced from UK crops, there are no availability issues and provide significant environmental benefits.

“This xlyig-treated British rapeseed expeller is an ideal complement as a protein source,” said Trident Feeds ruminant technical manager Charlotte Ward. “Trials run at the University of Nottingham found rations containing NovaPro produced an additional 1.7 litres of milk per cow per day compared to a soya and rape ration, with no significant effect on milk constituents.

“The trials also found an improved amino acid profile, rape having a closer amino acid profile to milk protein than soya, and improved protein utilisation, shown by a significant reduction in milk urea nitrogen level, meaning less nitrogen pollution on the farm. We believe NovaPro will have a huge effect on the protein supply to the dairy industry and the ability to lower the environmental footprint of the dairy ration,” she added.

NovaPro was named Royal Innovation Award winner by RABDF during this year’s Dairy-Tech event, with the award presented by HRH The Princess Royal in September 2021 at the Princess Royal’s country residence Gatcombe Park.

Chair of judges and RABDF council member, Tim Downes said, “NovaPro is not only making the best use of a product from rape oil production but something economically strong, with the figures presented, showing milk yield and health are at least as good as when feeding soya.”