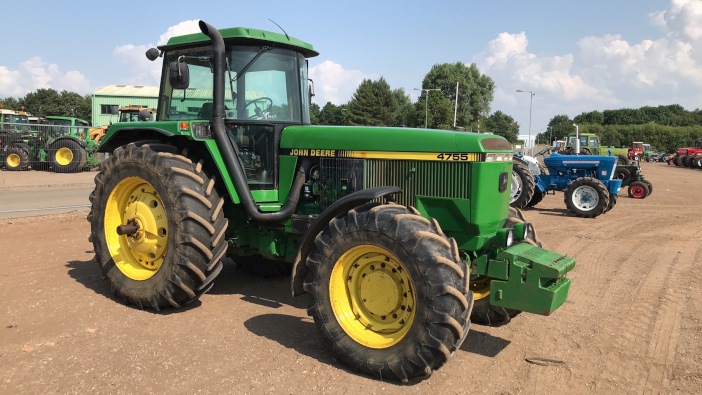 Over 1,300 lots of vintage and classic tractors, machinery, motorcycles, cars and collector’s items went under the hammer on the 24th of July at Cheffins’ saleground in Sutton, near Ely. The latest vintage sale grossed over £750,000 as the market continues to flourish.

All of these examples were reportedly well-restored and considered classics.

The company reports that the motorcycle section saw some of the most buoyant trade on the day, with a selling rate of over 80%. A 1967 Velocette Viper was subject to a protracted online bidding battle, exceeding the £4,000-£5,000 estimate to sell for £8,987. Similarly, a 1948 Sunbeam S7 from Ireland was sold to an Essex based enthusiast for £6,576, while a 1956 Triumph T110, complete with spares and in need of re-commissioning was purchased for £5,918.

Jeremy Curzon from Cheffins Machinery department said: “The results of this sale go to show that collectors are still seeking out well-restored and low-houred examples of classic tractors from the 1970s onwards. Whilst there is a clear demand for these newer machines, the earlier tractors from the 1920s, 1930s and 1940s also achieved strong prices, selling to collectors from across the UK and overseas. The motorcycle buyers also were out in force on the day, ensuring a good sale rate for the section with a good number of earlier examples selling for over their pre-sale estimates.

“We were pleased to be able to welcome clients old and new back to Sutton to bid live on the vehicles at our second vintage sale of 2021, whilst the timed online format proved successful for the collectors’ items. The next vintage sale will be in October, and we already have a fantastic lineup of tractors, vehicles, motorbikes and automobilia ready to go under the hammer.”

All prices are reported as total prices, inclusive of commission rates which are as follows:

The next Cheffins vintage sale will take place on the 23rd of October at the Sutton saleground. For more information go to www.cheffins.co.uk