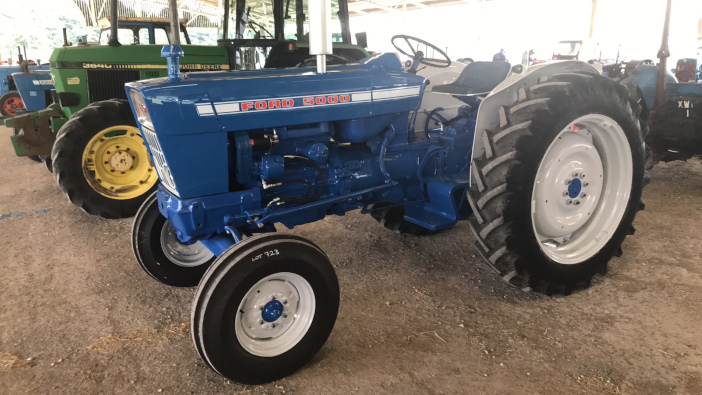 The annual Cheffins Harrogate Vintage Sale, held at the Great Yorkshire Showground, took place on Saturday 21st of August, attracting vast crowds to bid on over 600 lots of historic and rare items.

Amongst the 100 vintage and classic tractors on offer, 80% found new homes, with the top price being £17,490 for a 1949 Field Marshall series two contractor model. The machine had seen only two owners since new.

A range of stationary engines, sourced from a single collector, also sold well. The top price was achieved by a 1910 Campbell 2.5hp engine. Amongst the implements sold, a Ferguson three-tonne tipping trailer made £1,650.

There were also top prices paid for collectables and related spares. A front nose cone for a Fordson Major made £820, a pair of Ford 5000 mudguards were sold for £1,190 and some Massey Ferguson wheel weights reached £615.

Bill King, chairman at Cheffins said: “It was great to be back at the Harrogate Vintage Sale following a break in the event last year. We saw a quality entry, making this one of the best sales in recent memory as both buyers and sellers looked to make the most of this major auction. We saw a good crowd of buyers on-site at the Yorkshire Showground who helped to create a buzzing atmosphere throughout all sections of the auction, whilst online bidders who joined us live accounted for 25 per cent of sales.

“As can be seen from the prices achieved, later classic tractors continue to be very much in demand, with Ford examples from the 1980s and 1990s all finding new homes with collectors and enthusiasts from across the UK and further afield. The Yorkshire Showground is a consistently fantastic venue from which to hold this event, with the open-sided buildings helping to keep everything undercover and the rain off the bidders in attendance. We will look forward to heading up to Harrogate again next summer, and in the meantime, hope to see as many of our regular buyers at the next Cheffins Vintage sale at Sutton in October.”

The next vintage sale will be held on the 23rd of October at Cheffins Machinery Sale Ground, Sutton, Ely, CB6 2QT.  For more information go to www.cheffins.co.uk