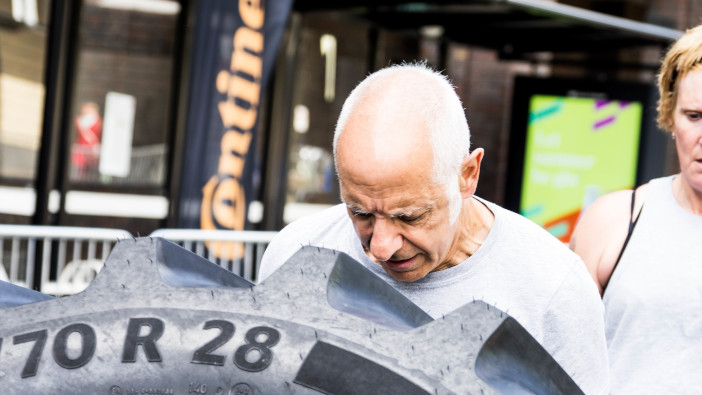 A tyre flipping contest held in Newcastle city centre has achieved a new Guinness world record. The record was recorded for the men’s 100kg, 12-hour tyre flip reaching a distance of 10.725km.

The event was held on the 14th and 15th of August and sponsored by Continental agricultural tyres, which supplied a 100kg Tractor70 tyre for the men’s competition and a 70kg CompactMaster AG telehandler tyre for the women’s event.

The tyres were supplied by dealer New Bridgegate Tyres, with eight models being used across seven different tyre flipping events.