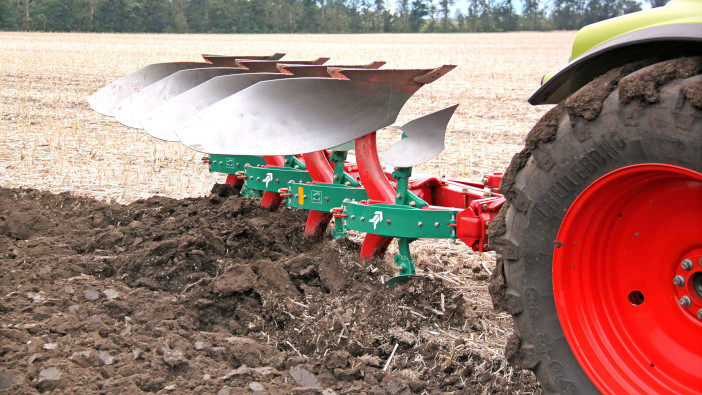 Kverneland is celebrating 50 years since it launched the reversible plough point. Introduced in 1971, this development replaced the one-piece plough point share to withstand more powerful tractors and higher working speeds, which had led to increased wear.

Moving to a separate share and a reversible point meant that farmers could get more work from their Kverneland plough parts. It gave each component its own lifecycle and, more importantly, allowed users to use both sides of the point.

It has been so successful that it remains the most sold original Kverneland plough part of all time.

The reversible point was revised in the early 1980s to further improve its durability. At the time, the whole point was heat-treated, which extended the life cycle but limited the overall hardness of the steel point. Following the introduction of zone hardening techniques, the factory could increase the hardness around the edges of the plough point, while keeping a softer area around the bolt holes to prevent cracking.

Since its introduction, the reversible point has been accompanied by the flush-fit point (1985), the quick-fit point (2002), the knock-on point (2013) and the XHD carbide point (2020) to provide different options to suit varying soil types and extreme conditions.