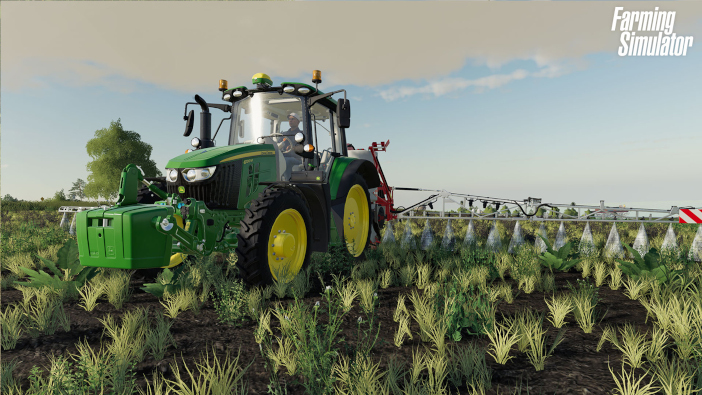 The upcoming DLC (downloadable content) for Giants Software’s Farming Simulator will enable the general public to improve their knowledge of modern farming technology, jointly developed by Giants and John Deere.

Farming Simulator 22 will be released in November this year, and the Precision Farming DLC will focus on sustainability and the use of modern technology to reduce herbicide use and improve the accuracy of organic and mineral fertiliser application.

The DLC was developed in cooperation with the University of Hohenheim, the University of Reading and the Spanish agri-food cooperative Grupo AN, with funding from EIT Food, the worlds largest Agrifood Innovation Ecosystem supported by the European Institute of Innovation and Technology (EIT). The goal of the DLC is to improve society’s knowledge of modern farming.

The first Precision Farming DLC was published in December 2020, adding soil reading technology and a new Precision Farming in-game tab with all the information to optimise yield and finances. This included yield calculations, green mowing and pH readings.

Reportedly, it has been downloaded nearly one million times and received good feedback from the gaming community and raised expectations for more features in the next version.

Thomas Engel, project leader at John Deere, said: “The cooperation between all the partners has been fantastic and the DLC far exceeds my expectations.”

Adding to this, Thomas Frey, creative director at Giants Software said: “We’re excited about the continuation of the project and the opportunity to take part in this important undertaking to emphasise the benefits of sustainable farming technologies.”

John Deere has therefore started development on a new and extended DLC, again funded by EIT Food, and involving the Institute of Animal Reproduction and Food Research from the Polish Academy of Sciences alongside the existing partners, in order to include the farming community and young farmers from Eastern Europe

The next DLC will be based on Farming Simulator 22 and users will be able to further increase the sustainability of their in-game farms. Additions include camera technology to further reduce herbicide usage and a series of modern sensors for the application of organic and mineral fertilisers.