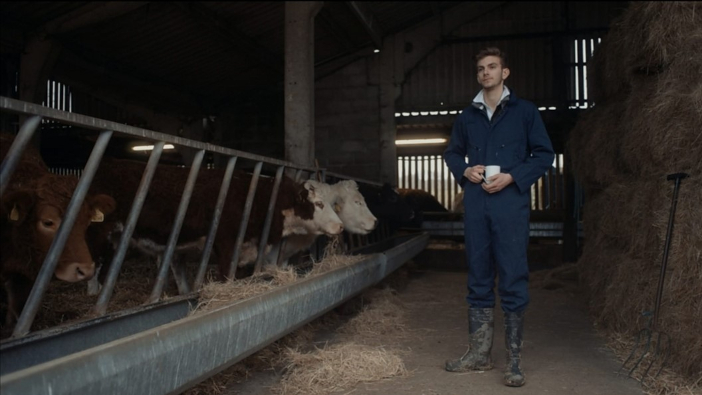 Max Andrews was just 19 and six months into a new job when an accident changed his life forever. It was August, in the middle of the potato harvest, which added to the already significant workload, and he was coming into work tired, having worked a 16-hour shift the day before.

“The farm was 1,600 acres and we also reared 600 head of beef cattle and shepherded a flock of 200 sheep,” he said. “It became the norm to work 15- or 16-hour days. That’s one of the biggest problems in agriculture, we normalise these long working days but being tired can lead to these terrible accidents.”

He had been working on the pea harvest and was moving onto potatoes. It was the first time he’d worked with the potato harvester and within an hour there was a blockage. Max stood on the guard and checked each roller while his colleague turned the machine on and off between checks. Time was against them, and by Max’s own admission they started to rush, skipping the step where they turned off the rollers.

Terrifyingly, Max’s leg was caught between the two rollers, and he then had to wait in agony for three hours while the air ambulance, land ambulance and fire brigade worked out how to free his legs without the need for amputation. Thankfully, he didn’t lose his leg but was treated for severe burns, fractured ankle and knee, torn muscles and blood poisoning.

He said that the industry needs to start putting the people ahead of the crop. “What does it matter if a field is left half-harvested when you compare it to the cost of a human life?” he said. “If someone is tired, there should not be the expectation that they carry on working and operators should trust their own instincts and speak up if they don’t feel that they would be safe.”

He added that the focus on new LED light packages to enable working at night and the increased size of machinery has only amplified the risk. “Just because you can work in the dark, doesn’t mean you should. These new features aren’t a reason to push yourself even harder.”

A year on, Max works as assistant site manager at Brockhill Park, educating visitors about all aspects of farm life and highlighting health and safety issues. He says that the physical injuries he suffered are healing, but the mental and emotional damage will be with him for life.

“I still get terrible flashbacks about what happened,” he said.

He concluded by saying he understands that this change in attitude will be difficult for many. “We push ourselves because that’s what the generation before us did. It’s difficult to hear someone say that they should stop working or take time off. Or even employ more staff to reduce the workload. It’s a unique industry but we need to pay closer attention to health and safety and the inherent risks this industry poses.”

If you’d like to hear more about farm safety, make sure you check out the fifth episode of our podcast Machinery Matters.

Plan ahead to avoid leaving mud on the road this autumn